Trying new things and taking risks is why Shreya Donthi went to Camp Oz for the first time. But it’s also how she’s decided to live her life as she’s graduating from karate with a black belt soon and plans to do a solo performance at the ice skating show next year.

Shreya was diagnosed with epilepsy in 2008 as a 3-year-old, which led to all the difficulties associated with epilepsy.  Now, she’s 16 and figuring out how to be herself and live the life she wants.

“I have lived with seizures my entire life and it is a great factor in whatever I do every day. I work hard and want to achieve great things. Sometimes it is hard for me with academics but I am grateful that I have a supportive family, my teachers, and paras who help me to be successful. I try to focus but get easily distracted and it takes me repeated attempts to complete any task and making it hard to learn,” says Shreya.

But how she reacts to these challenges makes them seem more like a hill to walk over than a mountain to be climbed.

“Shreya enjoys going to school regularly and she puts in every effort to keep up with her peers both academically and socially. Even though she is quite friendly, it is hard to keep up the friendships. She takes all of her challenges with a smile and is never frustrated to keep trying,” says her dad Raj.

The friendships and social needs have thankfully been filled by the epilepsy community and other youth her age with epilepsy. The Donthi’s attended the annual Shining Stars event at the Mall of America last fall, and this summer Shreya is returning to Camp Oz after having such a positive experience in the past.

But again, that first time at Camp Oz was Shreya taking a risk. Her parents Raj and Indira have structured their lives to care for her because of her seizures. One of them is constantly around Shreya when she isn’t at school.

“I was so excited about Camp Oz but one part of me was still scared to stay alone away from my family.  But everyone at the camp was so friendly and I made friends fast.  At the end of the camp, we were having so much fun that I wanted to stay at the camp for some more days,” says Shreya. 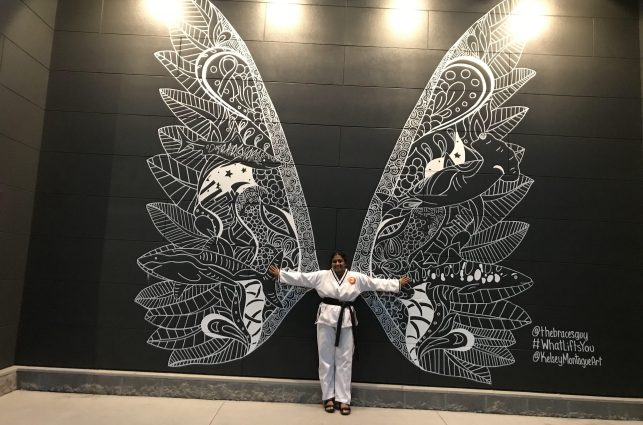 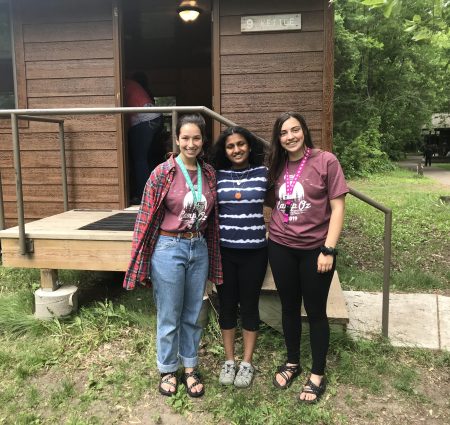 She’s not the only camper that’s wanted to stay a few extra days. One of the common “complaints” about Camp Oz is that it always ends too soon.

“I like Camp Oz because we played so many games. The game I liked the most is Capture the Flag. I loved to make cardboard with yarn and a hot glue gun. I was not expecting a campfire and it was a total surprise for me — it was so much fun. Also, I loved helping out in the kitchen and dining,” says Shreya.

Shreya’s wide range of interests and willingness to take risks, from going to an overnight summer camp to earning a black belt and training for a solo skating performance, has led her to thriving with epilepsy.