Sudden Unexpected Death in Epilepsy (SUDEP) is when a seemingly healthy person with epilepsy dies unexpectedly, and the reason for death is unknown. More than one out of 1,000 people with epilepsy die from SUDEP each year, and for those with poorly controlled seizures, the risk increases to one out of 150. Keeping your seizures controlled through medication or other therapies and avoiding seizure triggers is the best way to reduce your risk of SUDEP.

Strategies to reduce your risk:

The Benitez-Gonzalez family had no connection to epilepsy until the day it put 16-year-old Miguel in the hospital, and ultimately took his life. Now, just ten months later, his mother Clarissa uses her energy to raise awareness of the rare form of epilepsy that caused her to lose a child. She is Miguel’s voice now, and along with the other members of Team Miguel will be walking in his memory at the upcoming Rise Above Seizures Walk. 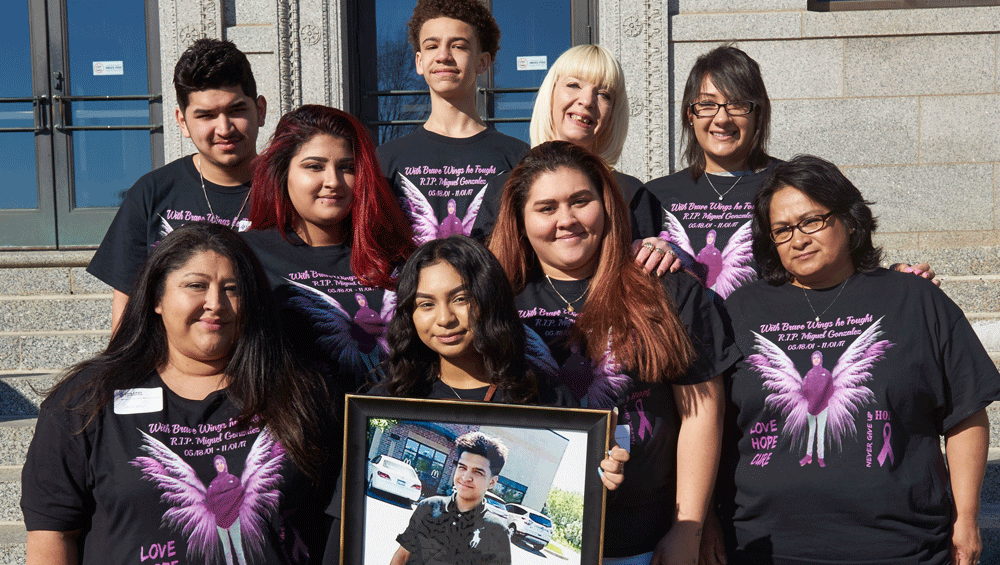 Talk to Your Doctor About SUDEP

Your doctor is your best resource for better understanding and lowering your risk of SUDEP. Here are some questions you should consider asking your doctor :

To learn more, visit the SUDEP Institute or contact us through our web portal or by calling 800.779.0777.

The national Epilepsy Foundation has created a SUDEP Institute to offer resources, support research, and promote education about SUDEP.