Campers were in their groove today as they got an extra hour of sleep to prepare for a full day of wild activities!

The dining hall was wafting wonderful smells this morning as campers entered the dining hall ready to wolf down some waffles with maple syrup and lil’ smokies!  Great energy for the day ahead!

Have we mentioned that there are treasures to be found at Camp Oz?  Our friendly pirate shared at morning flagpole that one cabin had found the treasure’s location last night and the loot they found was enough to have a cabin party with snacks and drinks and music to boot!

It was another day filled with new opportunities for the campers to solidify friendships, do amazing random acts of kindness for one another and the campgrounds and have fun being kids!  I heard rumors of a “pop up” nail salon that opened under the canopy where all were welcome!  Ask your camper on Friday to see their nails (boys and girls alike!) 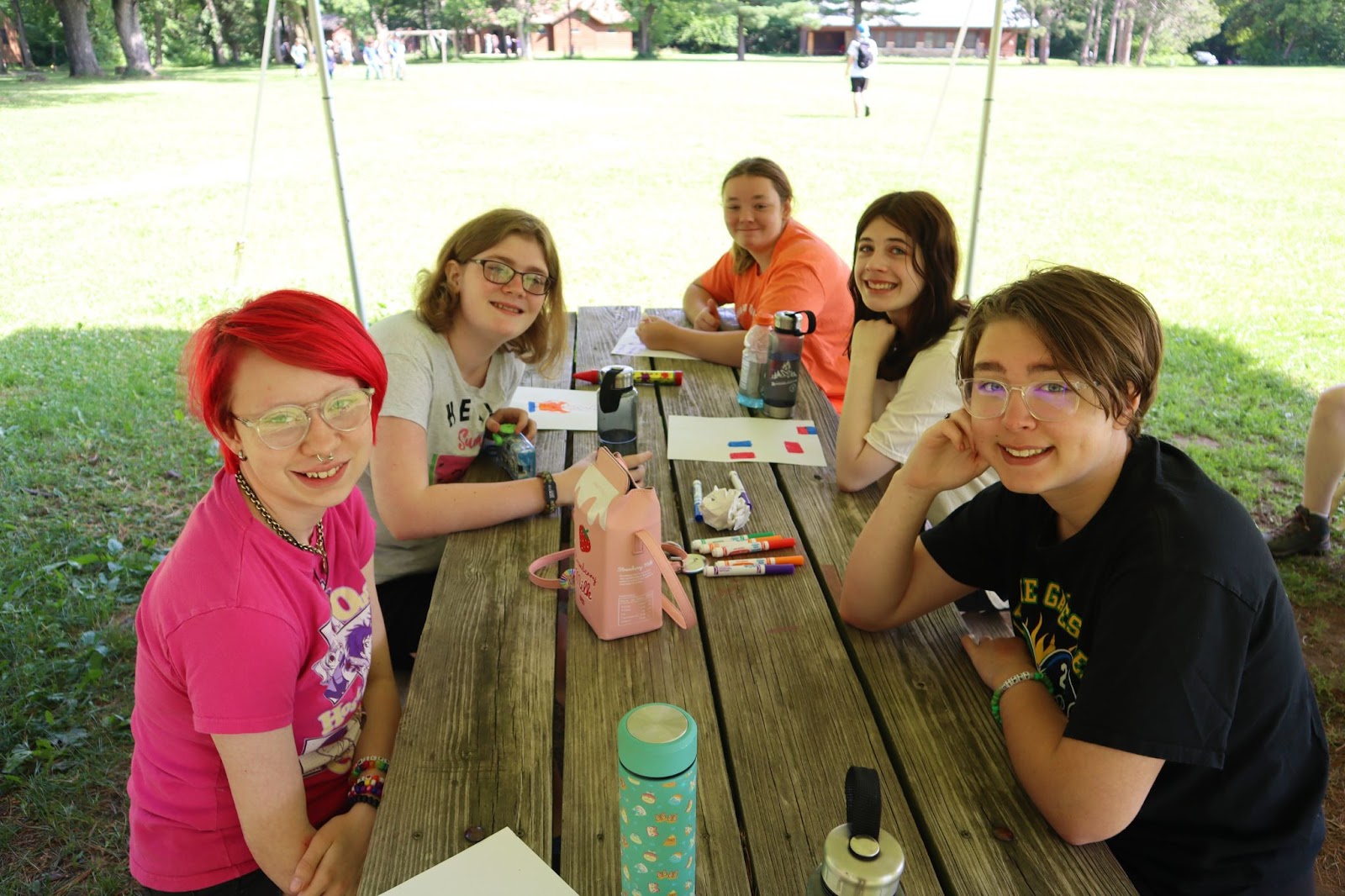 But WAIT!  There is so much more to tell you!  Today was the first day of rock climbing and campers were so excited to learn all of the important rock climbing steps they would take to climb that wall and ring the bell!  “On Belay? Belay On!” and they were off climbing while all around “you can do it” and “you got this” was heard from those watching and waiting for their turn.  The hugs and hi-fives were plentiful as campers celebrated the successes of their cabin mates and themselves!   These campers really are amazing supporters to one another! 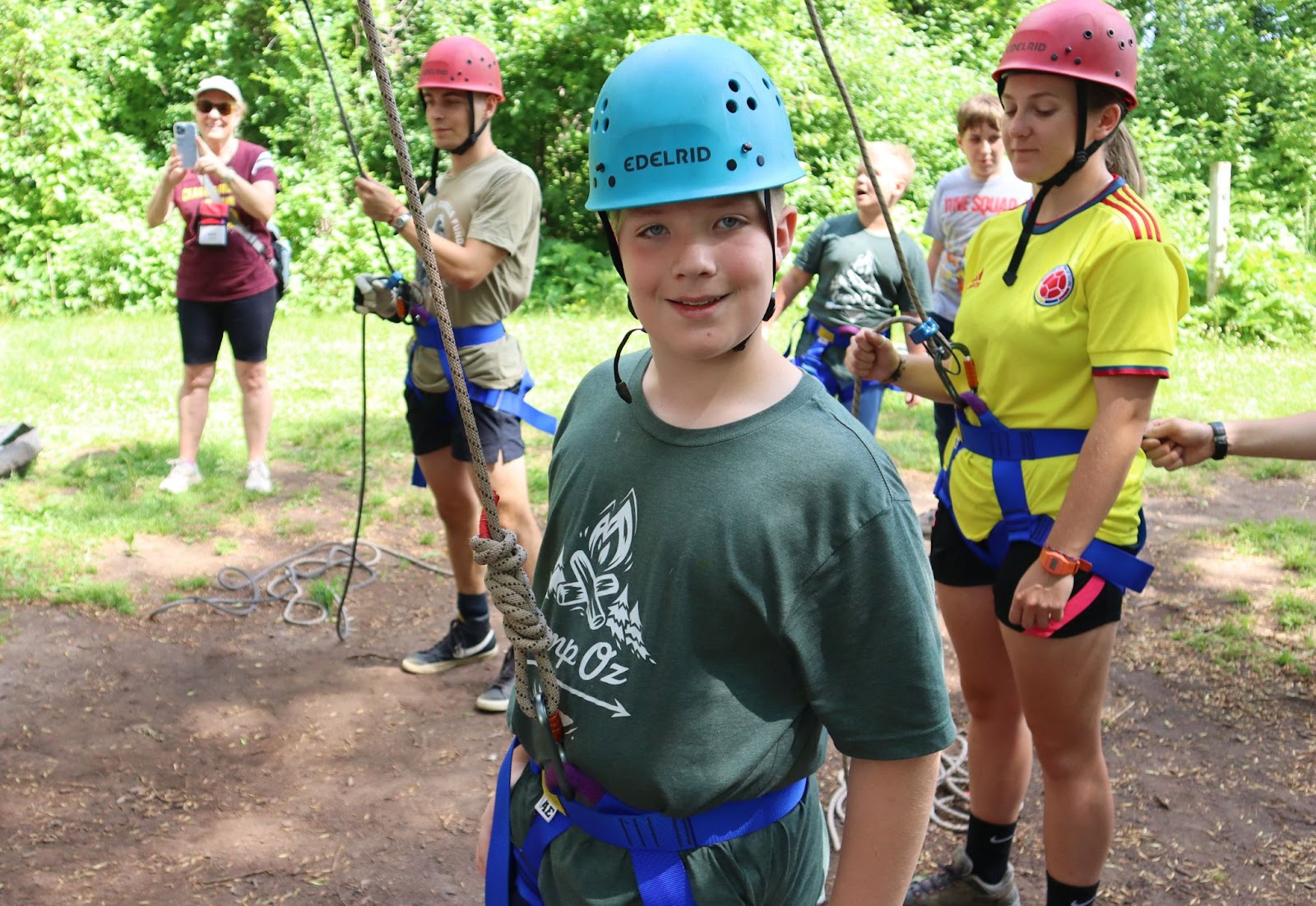 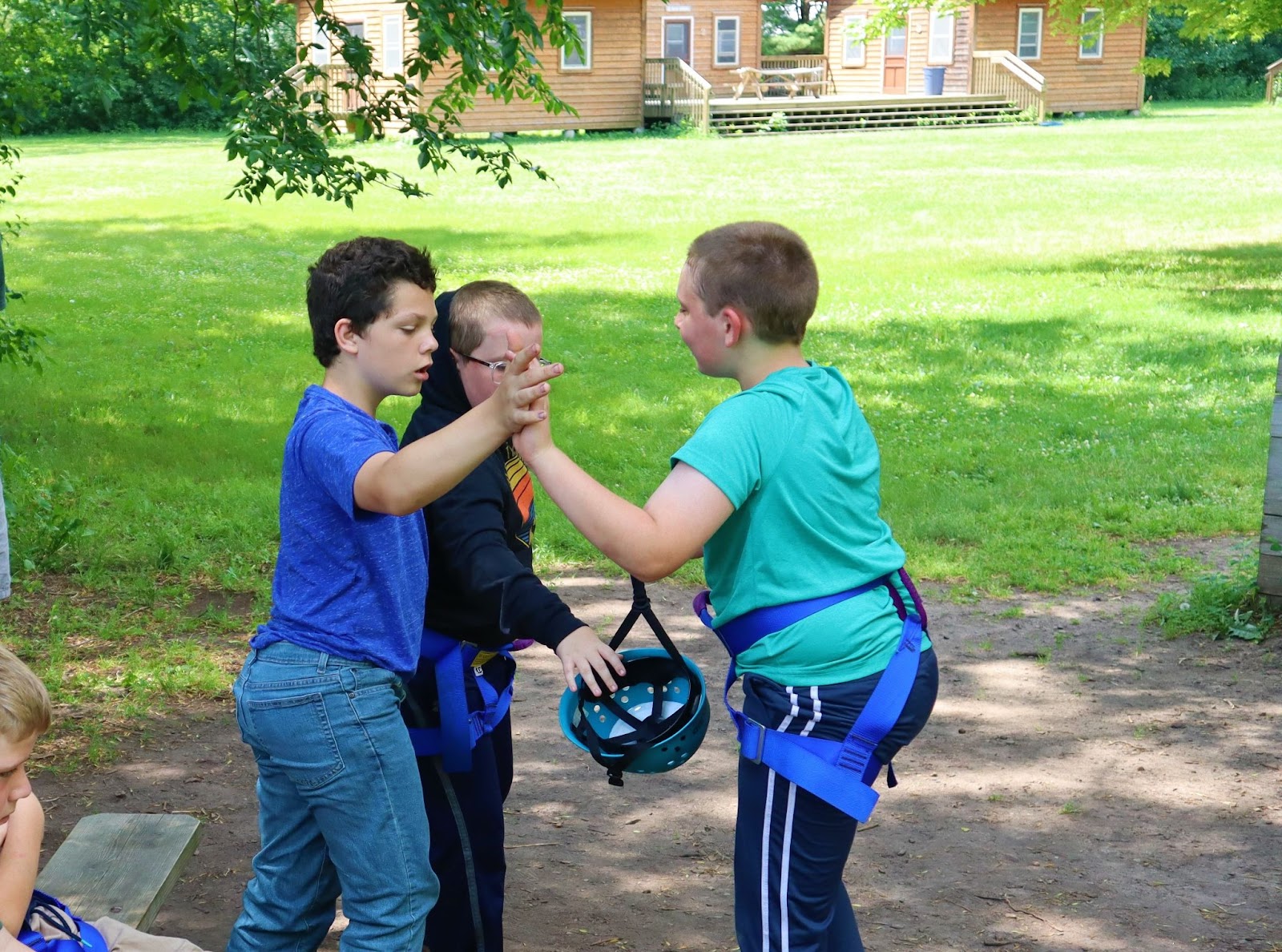 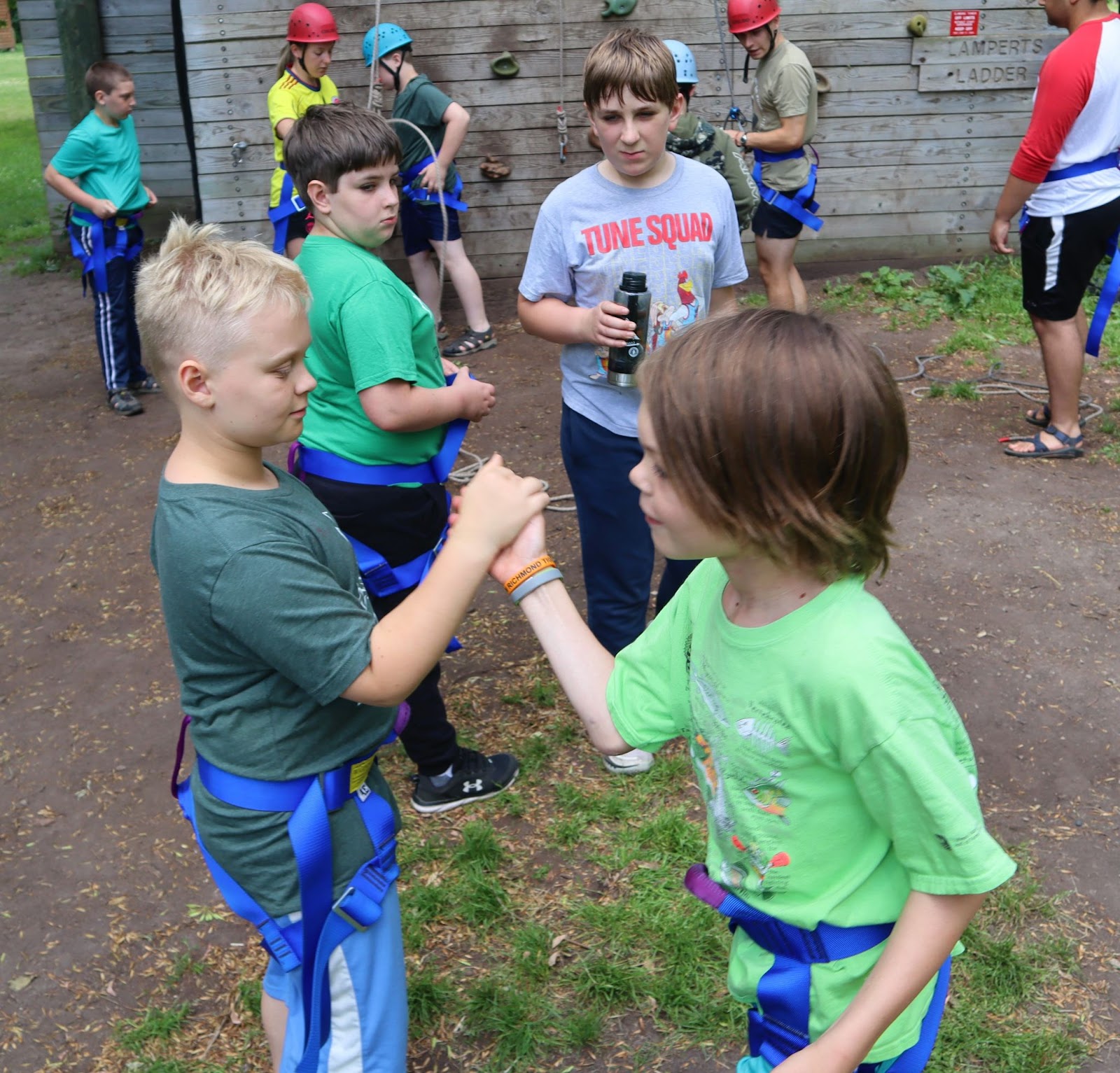 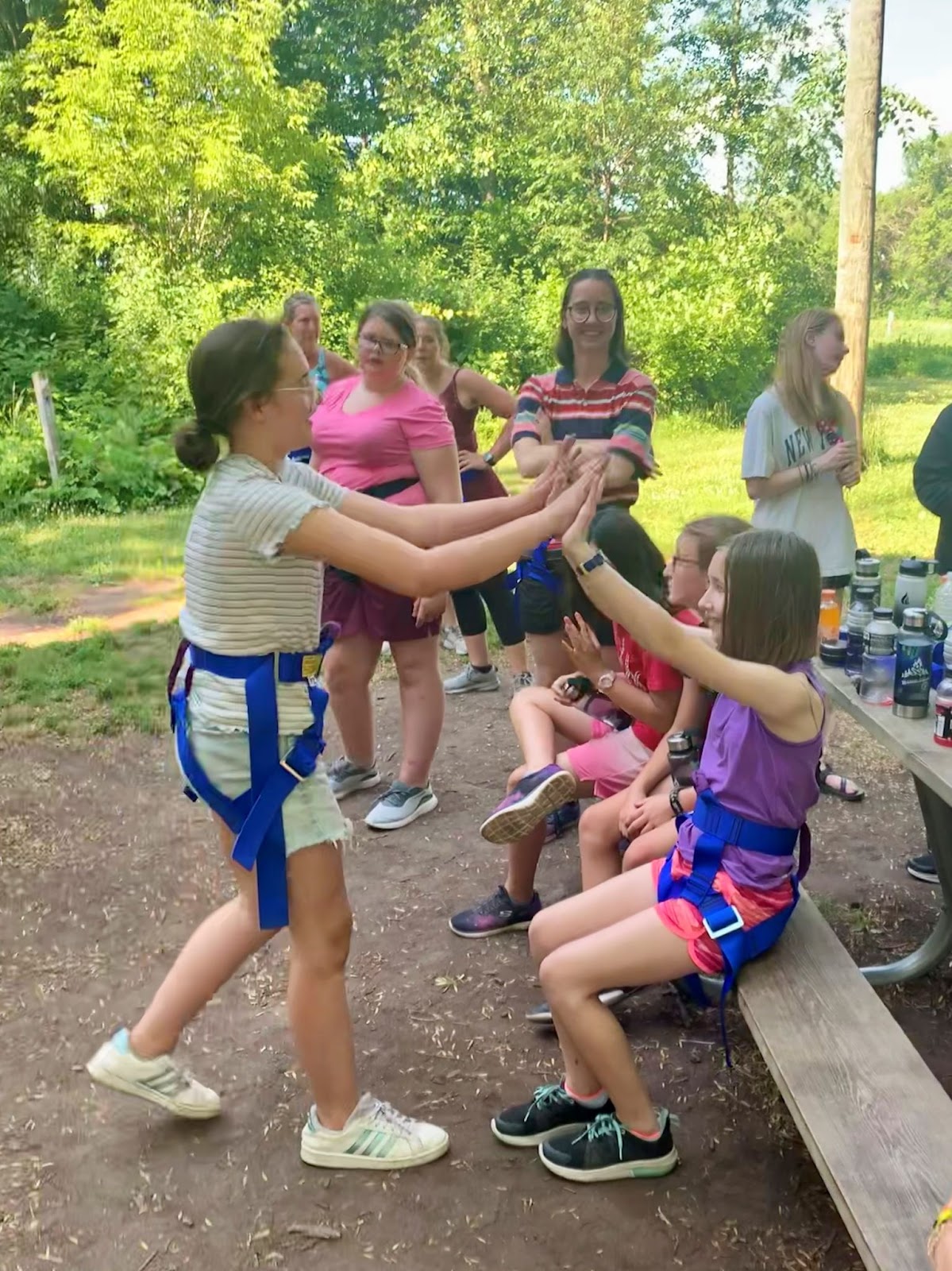 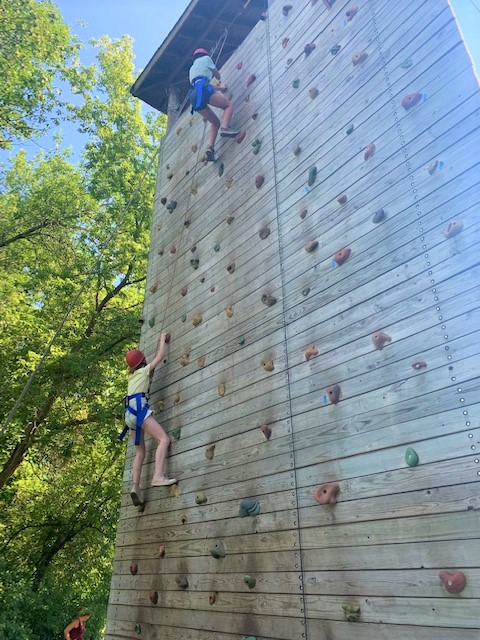 Have we mentioned how amazing the food has been at Camp Oz? The chefs and kitchen staff have given us such good food to refuel our bodies.   Camp St. Croix is known for their garden that supplies a good deal of their organic salad bar at lunch and dinner meals.  We have never seen so many kids enjoying fresh veggies and salads!  Grilled chicken sandwiches and fresh grapes rounded out our noon meal and campers headed out  to rest time before hitting the climbing wall, horse stables and another day of the Camp Oz favorite- archery! Campers worked to earn points by hitting certain colors of the bullseye, and there was even a bonus given to anyone who could hit the apple on top of their bullseye! 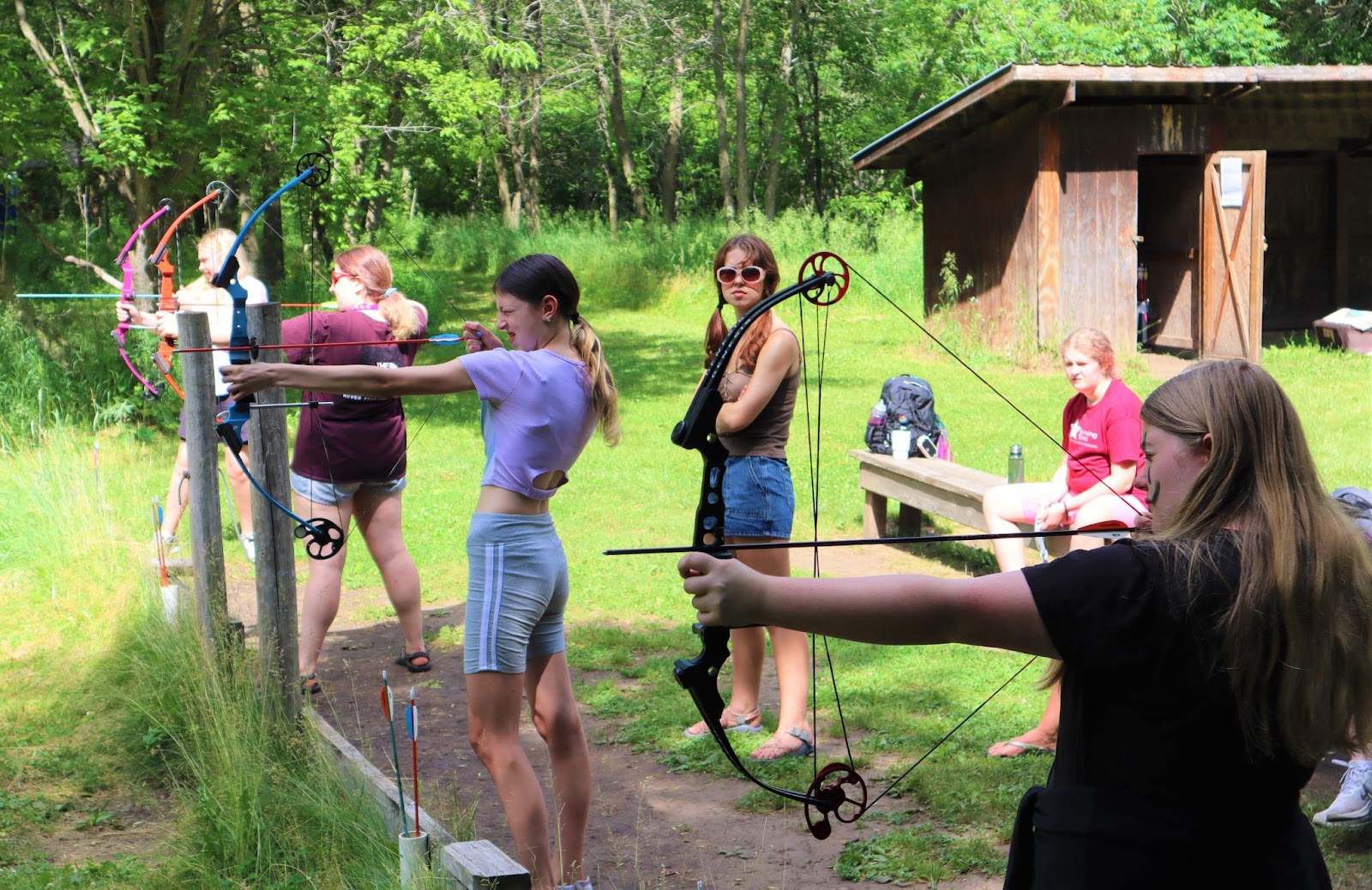 Campers finished up their planned activities and while waiting for supper, the gaga pit was bouncing!  Cabins lined up to join in the fun and the competition was fierce as they honed their mad skills of hitting the ball to try and get a competitor out.

After another great meal in the dining hall, it was time for the all camp game, and tonight’s special was “Predator vs Prey”.  Campers and counselors alike loved running and exploring throughout the north end of camp, searching for food, water and shelter.  Predator groups were looking for that prey group that they could tag to earn more food, and points to win the game.  But never fear, we had some very sly, sneaky prey that hid themselves well, and survived the entire game without being caught!

What an incredible day it was at Camp Oz!  One thing is certain- we play hard, and we sleep hard, and we get up and do it all again!  These are the most amazing kids and I am so proud of how they are meeting and rising above the challenges they have faced at camp.  They are proud of one another and they are proud of themselves, and it shows in every smile, high-five, and “I did it” we have heard!