Epilepsy, sometimes called a seizure disorder, is a neurological condition of the brain characterized by someone having two or more unprovoked seizures. A seizure is a brief electrical surge in the brain which can cause convulsions, changes in an individual’s behavior, and/or unconsciousness.

Although seizures occur due to abnormal electrical activity in the brain, epilepsy is not a mental illness nor a mental impairment. Other common misconceptions about epilepsy are that it’s contagious and all seizures are the same, both of which are false. Seizures can affect people of all ages in many different ways.

Epilepsy by the Numbers:

people will develop epilepsy in their lifetime.

people in our service area are living with epilepsy.

Americans are living with epilepsy.

The two primary seizure classifications are generalized, which occur in multiple areas or throughout the entire brain, and partial, which are confined to just one area of the brain. The brain lobes affected by the abnormal electrical activity determines what the seizure looks like and how it affects the person having one:

Sometimes seizures can cause a person to have convulsions and lose consciousness, but that’s not always the case. Other common signs someone is having a seizure includes altered awareness, uncontrolled physical movements, sensory impairments, and intense emotional reactions. People can also have more than one type of seizure.

Common causes of epilepsy include brain tumor, stroke, head trauma, infections, and maternal injuries, but in 70% of cases the cause of a person’s epilepsy is unknown.

Hannah had quite the childhood, and now as a teenager she's accomplishing even more. At first her parent's were concerned for her safety, but now they see all the positives that have come from her involvement in athletics. 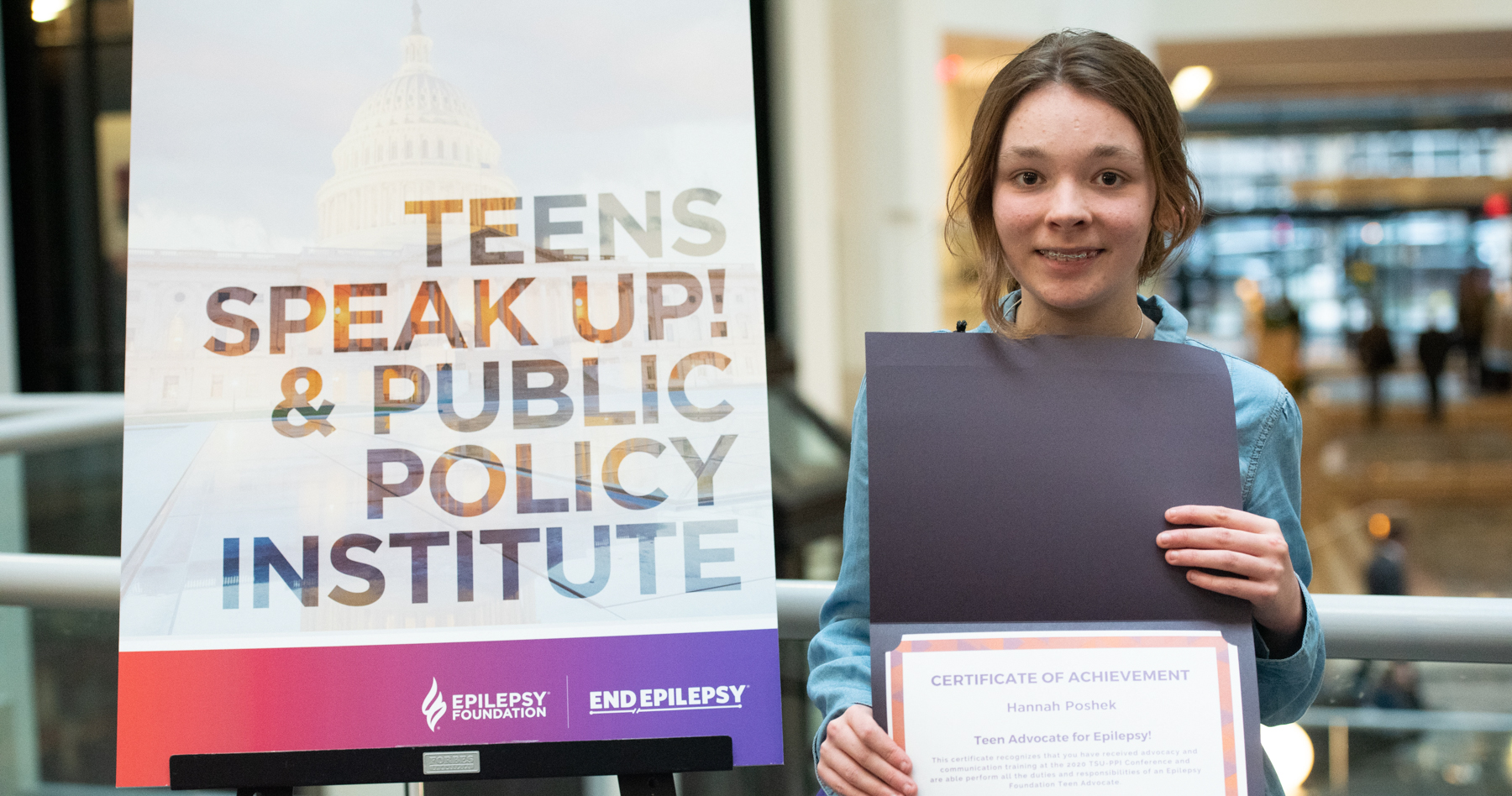 These begin with a sudden loud sound caused by air being forced out of the diaphragm, followed by stiffening of the body (tonic phase), and convulsions (clonic phase). May be accompanied by drooling, biting of the tongue, vomiting, or possible loss of bowel or bladder control. These seizures typically last one to three minutes, includes a loss of consciousness, and is followed by a period of confusion.

These look like a staring spell that lasts a few seconds, sometimes perceived as daydreaming. May be accompanied by blinking or chewing movements and includes a loss of consciousness.

The individual remains conscious but lacks awareness of surroundings. They may display random repetitive movements like picking at clothing, chewing, or lip-smacking. Often includes staring or dazed facial expressions and the person may be unable to speak coherently. Lasts one to three minutes, followed by a period of confusion.

The individual remains conscious and aware during the seizure. Depending on where in the brain the seizure occurs, they may display jerking of one or more body parts, have visual or auditory hallucinations, or experience unusual smells or tastes. These sensory perceptions may not be obvious to observers.

Part or all of the person’s body becomes limp, and if standing they’ll likely fall to the ground. These typically last 15 seconds.

Sudden, brief, shock-like muscle spasms involving all or part of the body. These are short seizures that can easily be overlooked and mistaken for tics, tremors, or clumsiness.

Epilepsy Syndromes may be diagnosed when a group of features occur together, or “cluster.” “Features” include signs and symptoms like:

To learn more, talk with your doctor for further testing on syndromes.

One in 10 people will have a seizure in their lifetime; do you know what to do? Learn how to safely respond to someone having a seizure.